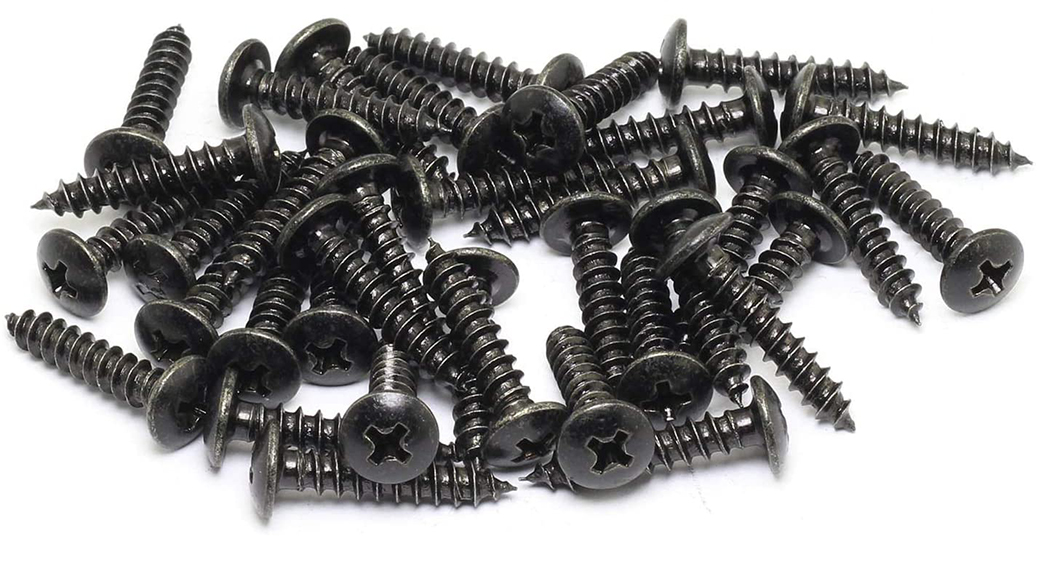 During our build of the Eaglemoss 1:8 scale Eleanor Mustang partwork model, we will use many different kinds of screws. They vary in types and sizes, but are all Phillips-head, made of steel, and appear to be metric. Each kind of screw is designated with a four character code, such as DS02 or PS05.

The first two letters indicates which material that screw is to be driven into, while the last two numbers indicate the type/size of screw:

The table below contains all of the screws I have encountered so far in my build. Any missing data in the tables will be added when I receive those screws in later kits.